Gay Marriage: Earning the Right to be Heard

As I’m sure you’ve heard by now, this week a federal judge declared the ban on gay marriage unconstitutional in the state of Texas. U.S. District Judge Orlando Garcia of San Antonio made the ruling as a result of a suit brought by two same-sex couples.

I learned through the local news that one of the couples, Mark Phariss and Victor Holmes, live in the Dallas area. They were interviewed on WFAA in Dallas on Wednesday night, where they reflected on their 17-year relationship and their excitement about the ruling. Then Phariss said something that broke my heart. He explained how he knew he was gay as a young boy, and because he thought God didn’t love him, often went to bed at night hoping he wouldn’t wake up. “Now,” he says, “I realize that God didn’t make me gay to hate me.”

Later in the broadcast, the news posted some of the public’s Twitter responses to the interview. One responder, presumably a Christian, tweeted that the couple would surely “burn in hell” for being gay. I literally winced as the anchorman read the words aloud.

I couldn’t help but see the irony created by these back-to-back statements. “God didn’t make me gay to hate me.” “Burn in hell.”  On one side you have a person who wants reassurance that he is loved by God even though he’s gay. And on the other side you have a person who is supposed to be an ambassador of Christ’s love to a lost and hurting world. Sadly, the opportunity to speak up in love was instead squandered on cowardly words of hate.

I believe in the Biblical model of marriage as being between one man and one woman. And I am saddened and dismayed to see the erosion of Christian morality taking place in our nation. But, it is also my firm belief that much more than just morality needs to be restored. What our nation needs the most is the love of Christ.

All of us – gay or straight – long to know God’s love. Who will tell them if not us? How else will they know unless we show them? 1 Corinthians 13 says, “If I speak in the tongues of men and of angels, but have not love, I am only a resounding gong or a clanging cymbal. If I have the gift of prophecy and can fathom all mysteries and all knowledge, and if I have faith that can move mountains, but have not love, I am nothing” (vs. 1-3). This passage explains that, no matter how right we are, if we don’t have love, we are just one big percussion section – a shouting din in the ears of the culture. It is not enough just to have the truth on our side. People need to know that we care. Do we? Do we just want to take potshots from a distance, or are we ready to roll up our sleeves, get out there, and love people to the point that it changes the world?

It's time we ask ourselves the question: do the gay people in our lives feel more loved by God as a result of being around us? Or less? If the answer is less, then I'm not sure we've earned the right to be heard.

Posted by Unknown at 10:04 PM No comments:
Email ThisBlogThis!Share to TwitterShare to FacebookShare to Pinterest

Ok, I admit it. I still watch American Idol. Every year I say to myself, That’s it - I’m over it and not watching this year. And I said that again this year. But like my bowl of leftover Valentine’s candy, it keeps beckoning me, and I keep returning to it, moth to a flame.

The show made a few changes this season – a new judge, new studio, new format. But, as I tuned in on Tuesday night, they announced a change I never could have anticipated: the addition of a spiritual advisor. And not just any spiritual advisor, but a Christian minister.

The decision came about because David Hill, one of the show’s overseers, was struck by how many of the contestants come from faith-based backgrounds. "I thought to myself, wow, it must be really tough to go to this intense competition - and this show does change lives - and if you're used to being in a church-based organization, that would be a huge adjustment," Hill told USA Today Sports.

So he had an idea: hire ministry leader Billy Mauldin and wife Julie to be chaplains to the contestants. Billy is president and CEO of Motor Racing Outreach, a ministry to NASCAR drivers, so he is used to helping people under immense pressure. He said their purpose is “to be there for the people, be present, help with the spiritual side of life and some of the struggles they may deal with as they’re going through the competition.”

And it sounds like they've been a big help. Hill said, “I told the contestants that Billy and Julie were people who understand competition and would be available to talk. The response was incredible. A large percentage made appointments to sit down and talk to him – and not only the contestants, but even some of the producers. It’s working beyond my wildest dreams.”

As I watched American Idol introduce the Mauldins to the world on Tuesday night, I about fell out of my chair. What’s going on? I thought Christianity was considered archaic, uncool, and passé in popular culture? But sure enough, here it is on prime time TV. It seems our nation is kind of a confusing place right now: prayer is not allowed in schools, nativity scenes are banned from courthouse lawns, but the gospel seems to be alive and well in Hollywood.

As I wrote in my post “God is on the Move” a couple of weeks ago, our nation is experiencing the beginnings of an historic spiritual renewal. I believe this story serves as an exciting example of how the gospel is going forth in new ways. As the renewal builds steam, more and more we will be seeing the Lord’s transforming presence pop up in completely unexpected places.

The gospel cannot be squelched, contained, or legislated away. God promises that He will continue to prepare a bride “without spot or wrinkle or blemish” until the day of Jesus’ return. So, if the gospel is blocked in one area, He will make a way for it somewhere else.

It’s exciting to see that very thing unfolding on one of the biggest shows on television. Maybe I will keep watching after all.

Posted by Unknown at 3:41 PM No comments:
Email ThisBlogThis!Share to TwitterShare to FacebookShare to Pinterest 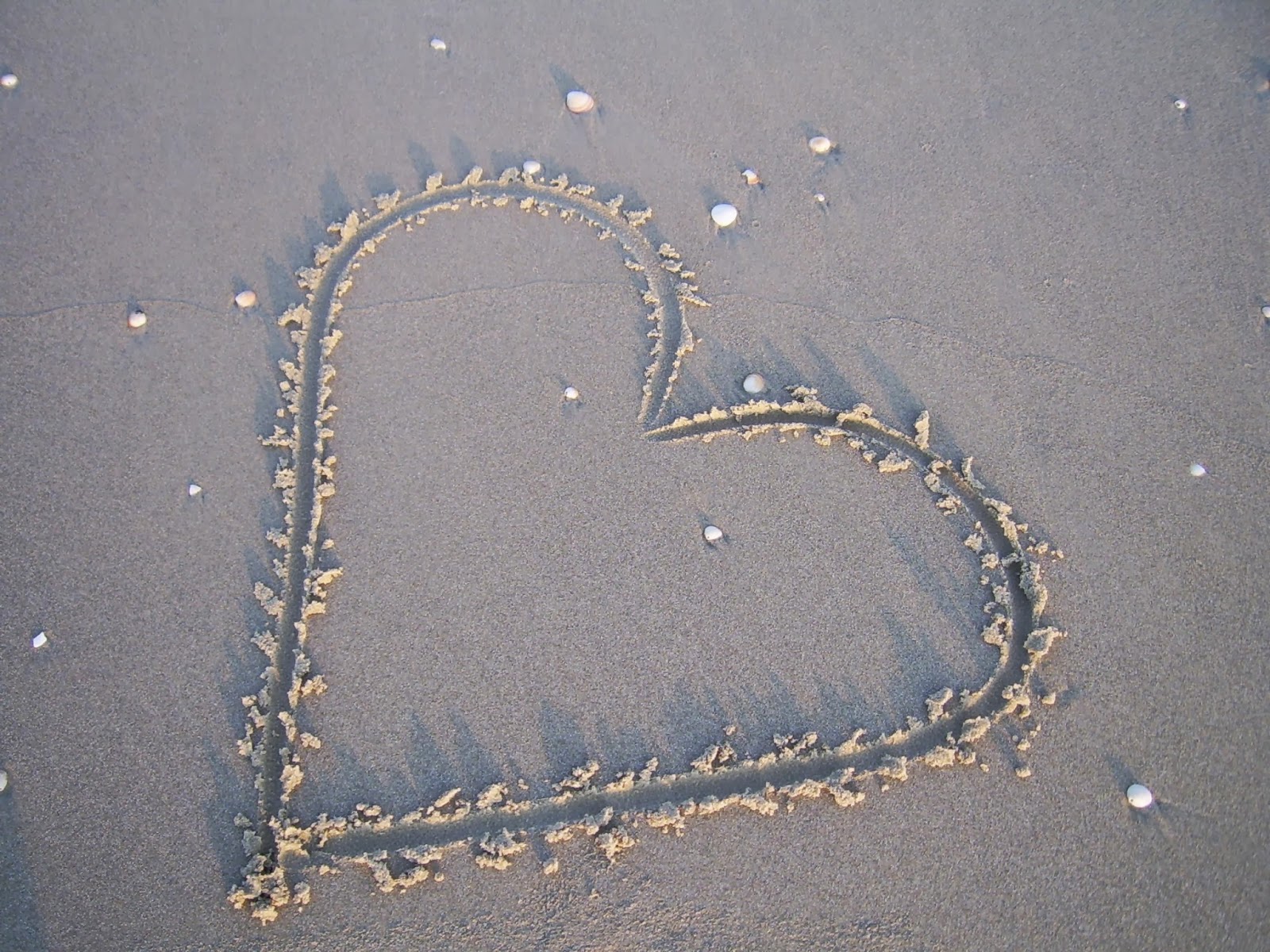 Below that verse in the margins of my Bible are these words written in my own handwriting:

The quote is a paraphrase of something St. Augustine said way back in the fourth century: “Love God, and do as you please: for the soul trained in love to God will do nothing to offend the One who is Beloved.”

I still remember the day I sat at a church retreat in east Texas in 1995 and carefully wrote down the quote. The reason I remember it so vividly is because those words caused an epiphany, setting me free from a mindset that I had to perform in order to earn God’s love. That day, God quieted something in my soul: a restless anxiety that convinced me I needed to strive in order to be accepted by Him.

Like Augustine, now I realize how completely free I am in Christ. He loves me, and there is nothing I can do (or not do) to change that. His chief desire is simply for me to love Him back. This idea puts a whole new spin on obedience. He wants my love, not my performance. So God’s love is not a reward for my obedience. My obedience is a response to His love.

But sometimes I forget. I go back out into the world that is all about beauty pageants, sales commissions, and stars on a chart, and I become re-convinced that I must earn God’s love. Like a cat with a bird in its mouth, I return, drop my dead works at His feet and full of anxiety ask, “NOW how much do you love me?” And, as always He soothingly replies, “As much as I always have.”


And I find my restless soul once again quieted by His unconditional love.
Posted by Unknown at 10:35 PM No comments:
Email ThisBlogThis!Share to TwitterShare to FacebookShare to Pinterest

God is on the Move

I believe something BIG is happening in our nation. 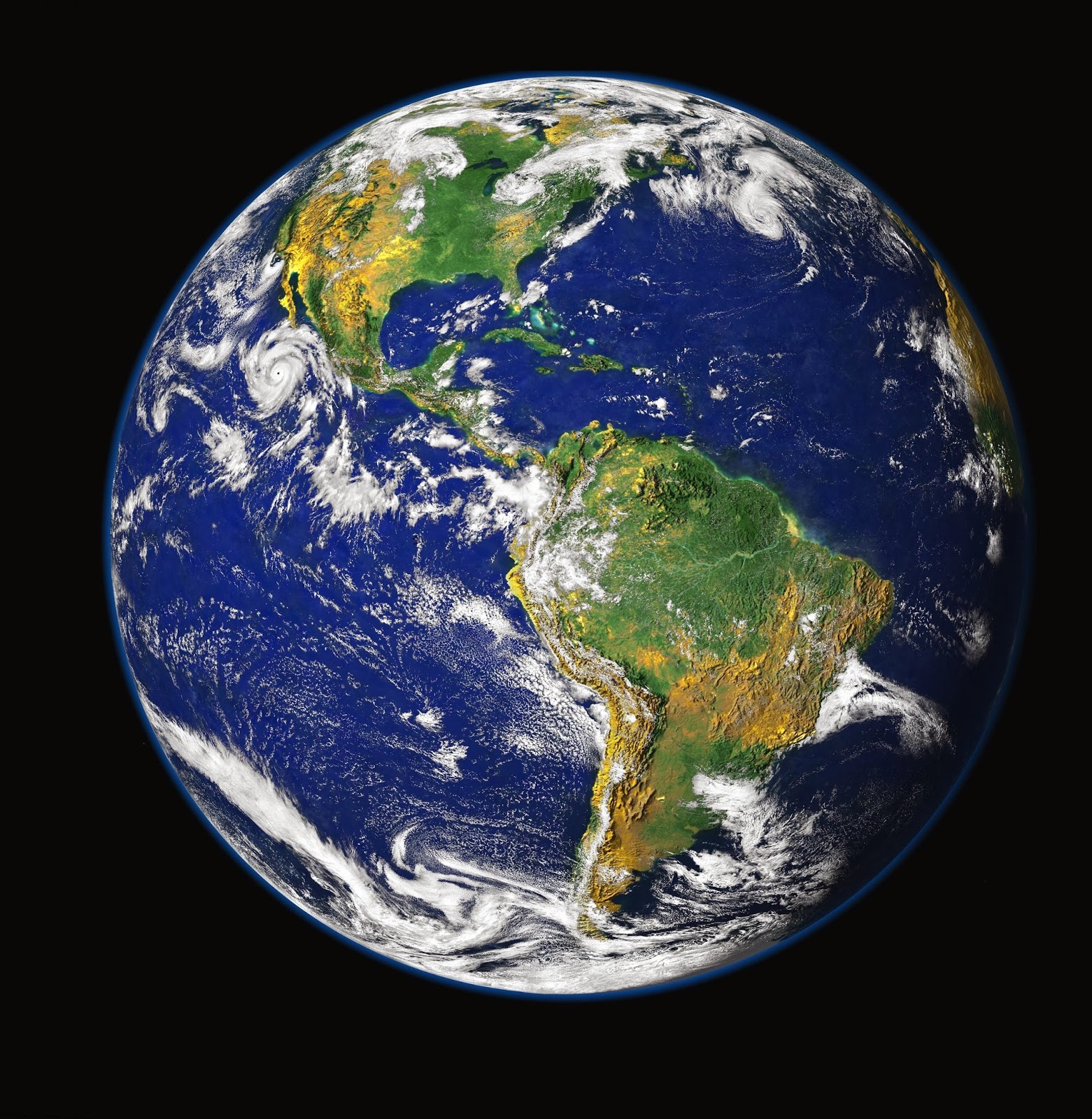 But before we talk about our own backyard, let me set the stage by taking you on a quick trip around the world. A worldwide spiritual renewal has begun in which, according to missions experts, 82,000 people are becoming Christians every single day.[1] Here are a few reports from other nations:

·      Cuba: Pastor Ricardo Pereira reports meetings where God is pouring out His powerful presence every week at his Methodist church.[2] “A revival is taking place in the country of Cuba,” said one ministry partner of Pereira. “We are seeing spiritual fruit born from a dry and thirsty land. It is only the hand of God who can cause such a response.”[3]

·      China: The unofficial estimate is that more than 130 million people have come to know Christ in the last few decades.[4] Chinese evangelist Duan Huilai said, “Everywhere I go, I meet people who are hungry for God and He is showing up.”[5]

·      Africa: Entire mosques are coming to faith in Jesus Christ. Many of these conversions are happening as the result of seeing dreams and visions of Jesus.[6]

·      Guatemala: The city of Almolonga has seen a conversion of roughly 90% of its inhabitants to Christianity. Once a stronghold of alcoholism, the city has had to shut down most of the bars because no one wants to frequent them anymore. Instead, many of the bars are now used for church gatherings.[7]

God is showing up, and it is resulting in an explosion of conversions to Christ. However, of those 82,000 worldwide daily conversions, only 6,000 are in the United States and Western Europe combined.[8] “Explosion of conversions” isn’t exactly the phrase we would use to describe the current spiritual climate of our nation; on the contrary, it seems like we are experiencing the exact opposite. For example, research recently done by LifeWay Christian Resources revealed that 65% of young adults rarely or never attend church.[9] Another study discovered that 87% of young adults consider Christians to be “judgmental,” 85% call Christians “hypocrites,” and 72% say the Christian faith is “out of touch with reality.”[10]

Because of our spiritual condition relative to the rest of the world, many are wondering if the American church is teetering on the brink of irrelevancy. But, if the church historians are right, the Western church is not going away, and it is not dying. It is just re-forming. Many believe that God is moving behind the scenes, preparing us to receive what the rest of the world is already experiencing, and the result will be nothing less than a full-scale reformation.

I’m encouraged by this idea. How exciting to think that God is up to something big, and that the tidal wave of spiritual renewal that is engulfing the rest of the world is headed to the shores of America.