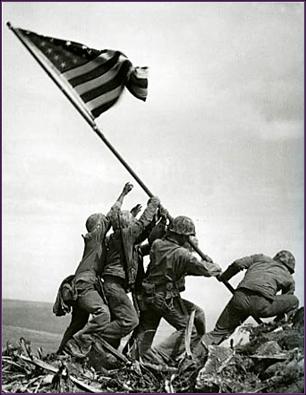 This week we take a look at the final generation in our series, The GI Generation, born between 1901 and 1924. As their name implies, they were the brave men and women who served during World War II (GI stands for “Government Issue”) and prior to that struggled through the hardships of the Great Depression. Both of these events profoundly impacted them. The difficulties they experienced brought them together and gave them a collective outlook that said, “I’ve got your back and you’ve got mine.” They valued working toward the greater common good, even if it meant having to give up their personal comfort in the process. They viewed hard work as a privilege and were extremely loyal to their families and employers. Because of their incredible selflessness, Tom Brokaw famously dubbed them “the Greatest Generation.”


Under the GI’s strong leadership, post-war America was re-built into a gleaming modern superpower. It was the GI Generation that built the Empire State Building, the Hoover Dam, and the Golden Gate Bridge. They led the way in winning the Cold War and putting a man on the moon. They ushered in a time of unprecedented economic prosperity known as the Golden Age of Capitalism, which allowed for the security and comfort of the Silent Generation that we discussed last week.

Because they learned to sacrifice when it was necessary, the GI generation was grateful for their material possessions. “Waste not, want not” was a common adage, thus “frugal” might be an appropriate word to describe the GIs. For instance, when my husband’s grandmother was well into her nineties, she still had the mindset of wanting to stretch a dollar as far as it could go. I remember one day as she poured me a cup of coffee she proudly announced, “I made this pot of coffee on Monday, and I just keep reheating it!”  It was Thursday.


The sense of commitment, sacrifice, and teamwork of the GI Generation extended to their religious life, as well. They were loyal to God and devout in their faith. Their profound need to be part of a collective whole manifested in their finding a place in a mainline denominational church. Church membership provided a link to the larger Christian-American society where they could maintain that sense of “oneness” with which they had been imprinted during the war. In fact, uniformity was so important to the GIs that they had often difficulty with changes made within the church. Writer James Nored explains:

This generation values being together so much because that is how they won World War II - by everyone doing this together. So, for instance, having multiple services is hard for them, as well as small groups…[GIs] equate unity with uniformity. So if people are doing different things at the same time, even if there is no dispute or disharmony, that to this group equals not being unified. *


Today, much of the GI Generation has passed on, but they live on as heroes in our hearts. They were our beloved parents and grandparents, teachers and leaders, and they left a legacy of faith for us to build upon. Regardless of where we go from here as a church and as a nation, we will be standing on the strong shoulders of the Greatest Generation.

Posted by Unknown at 8:25 AM
Email ThisBlogThis!Share to TwitterShare to FacebookShare to Pinterest