Where Is Your Bethlehem? 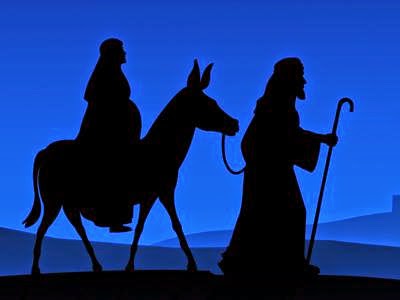 “In those days Caesar Augustus issued a decree that a census should be taken of the entire Roman world. (This was the first census that took place while Quirinius was governor of Syria.) And everyone went to his own town to register.
So Joseph also went up from the town of Nazareth in Galilee to Judea, to Bethlehem the town of David, because he belonged to the house and the line of David. He went there to register with Mary, who was pledged to be married to him and was expecting a child. While they were there, the time came for the baby to be born, and she gave birth to her firstborn, a son. She wrapped him in cloths and placed him in a manger, because there was no room for them in the inn.” (Luke 2:1-7)


I wonder if, on one hand, the trip to Bethlehem was a nice family reunion for Mary and Joseph. Because Joseph’s entire family line was required to travel there, he may have been reunited with family members he hadn’t seen in years, perhaps even meeting distant relatives for the very first time. Who knows, it could have been fun. I’m picturing shared meals, warm laughter, reminiscing around the fire, and children running and playing with their newly acquainted cousins.

On the other hand, traveling a great distance just to register for a census was probably a total drag and a terrible inconvenience. Since the entire Roman world had to pick up and move to their birthplace at the same time, Mary and Joseph would have been caught up in a sea of people clogging up the road between Nazareth and Bethlehem. Think JFK airport on the busiest day of the year. In fact, scholars say that travel between Nazareth and Bethlehem was not just inconvenient, but downright dangerous, with bears and lions living in forests along the way, and thieves and marauders waiting to ambush unsuspecting travelers. And all because the greedy empire mandated a census so it could wring every last tax dollar out of its citizens.

Either way, the trip to Bethlehem had to happen, for 750 years earlier it had been prophesied that Jesus would be born there:

"But you, Bethlehem Ephrathah, though you are small among the clans of Judah, out of you will come for me one who will be ruler over Israel, whose origins are from of old, from ancient times." (Micah 5:2) 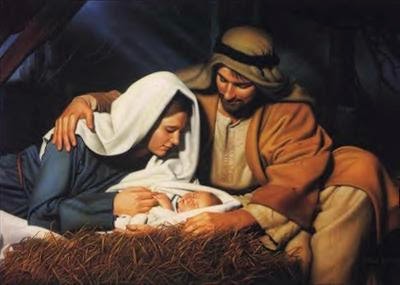 On that first Christmas, God in His sovereignty had arranged the circumstances of Mary and Joseph’s life to ensure Jesus would be born in the right place at the right time.

What about you? Will your Christmas this year be filled with joyous reunions? Inconvenient travels? A little of both? God is no less sovereign over your life and mine. Scripture says that all of our days were planned before one of them came to be. (Psalm 139:16) That means that wherever you'll be this Christmas, it’s because the same God who sent Joseph and Mary to Bethlehem set the wheels in motion long before you were born to make sure you would be in the right place at the right time.

Why? The reason is the same today as it was that first Christmas night: to bring Christ into the world. There is someone you will be with this Christmas that needs Jesus. Maybe they need his unconditional love, or comforting presence, or the knowledge of him as savior. Pray ahead of time and ask God to show you, for there may someone who He has pre-planned for you to encounter.

Mary carried Christ in her womb. You and I carry him in our hearts. Where are you taking him this Christmas?